Serenity Prayer for the AFC Championship

Grant me the serenity to make it through this week's game without throwing anything or actually physically injuring myself. (You know what I'm talking about. January, 2006 ... Indianapolis ... I don't think I need to go on.) Grant me the courage and grace to wish the Jets well should they outplay my Steelers. And grant me the wisdom to take a xanax after the game Sunday night so that I can get some sleep. 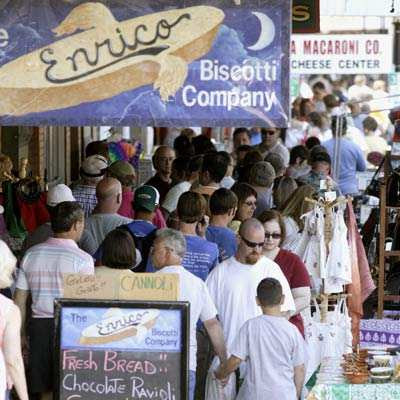 Truly, I am trying to go into this game with a sense of perspective.

Back in August, did anybody seriously expect the Steelers to even be playing in the AFC Championship game? Be honest, now. Nobody expected this [except Peter King, who predicted a Packers-Steelers Super Bowl.]

But most of SteelerNation wisely lowered our expectations, given that the Steelers were coming off a heinous 2009 season with the defense looking old, pliable, to be brutally honest, fair to middling. We thought the playoffs might be out of reach, given that the team was heading into the 2010 season without Pig Ben for the first four games, with Santonio Holmes gone to the Jets (of all freaking places), with Willie Colon lost for the season before the pre-season even started. Think back to those days when it was hot, rather than a sheet of ice outside and who among us thought they could win even 10 games? Personally, I figured it would be another disappointing 9-7 year.

The fact that the Steelers are playing in this game is gravy and I will do my best to be mindful of that Sunday night, despite the temptation to get swept up in the emotion of the thing.

That the Steelers are not only playing in this game, but hosting it? Well, that's some Top Chef worthy gravy on top of gravy.

Hosting this game is an absolute good. No matter the outcome.

I heard on the radio yesterday that the Winter Classic brought $22 or $23 million in revenue into the city. Last year, when the Steelers missed the playoffs altogether, the Trib reported that losing just one game was a loss of about $18 million in income. Anecdotally, you don't have to be a rocket scientist to see how good it is for the city. Go down to the Strip District on Saturday morning and just try to find a parking space anywhere closer than the 31st Street Bridge. It's not just revenue from Polamalu jerseys, Terrible Towels and black and gold t-shirts that read, "Drink Up Yinz Bitches" -- it's hotels, restaurants, bars, etc., and I remain convinced that supermarkets and beer distributors see an uptick in sales, as people load up with game day fixins'. Bartenders and waitresses all over Western Pennsylvania rejoice!

As to the opposition, well, first a big, big thank you to Mark Sanchez and Company for sparing us all from a Steelers trip to Foxboro.

Next, let me run down the list of Jets players I hate ... um ... Surely there are some. Wait, I'm sure there's somebody, one player, per my friend Smiley:

"Antonio Cromartie stomped on The Towel when he ran out of the tunnel before kickoff of the Chargers playoff game I went to two years ago. Welcome back to Pittsburgh, Antonio. The Towel never forgets."

So there's that. One must never, ever disrespect the Towel. But that's only one player, a woefully low percentage of players for whom I harbor any enmity compared to say, the Patriots or my historical pantheon of hatred for the Cowboys and the Raiders.

Plus, I was a big Darrelle Revis fan back when he played for Pitt, so if we're being honest here, I would root FOR the Jets over a good number of possible AFC opponents. Hate the Jets? Nah. Not really.

What about Rex Ryan, you say? It's true that many (maybe most) of my friends have had enough of the Sexy Rex Ryan show, but I love Rex. The guy is funny, he's entertaining, he seems to be really, very much himself and that's refreshing. Last year, going into a game with the Colts, he said, "We're going to start with the injury report. Manning, Clark, Addai, Reggie Wayne, Freeney, Mathis, Brackett. ... All those guys will not play. Tom Moore, Howard Mudd and John Teerlink should get more extended Christmas break, it says here. Oh, hold up. That was my wish list for Santa Claus." 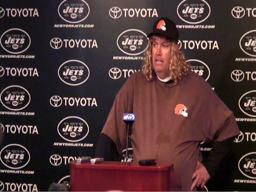 This year, before a game with the Browns, Rex showed up in a wig and Browns cap, mocking his brother Rob, the Browns defensive coordinator. I swear, I watched it every time they ran it on SportsCenter and laughed my ass off every time.

But it's not all bluster and trash-talk. After his team went out and got their asses soundly beaten (45-3) by the New England Patriots in prime-time about a month ago, Ryan took the heat off his guys, saying that the loss was on him, that Bill Belichick outcoached, "I came in here to kick his butt and he kicked mine." And even after the Jets stunning upset of the Pats on Sunday night, Ryan said that Belichick still outcoached him, but that his players, Ryan's players, outplayed the Pats. Nice. Take credit for the losses, give credit for the wins. I'm not quite sure why people dislike this guy. Seriously.

All bets are off, however, if the Steelers give up a special teams touchdown.
Posted by JODY DIPERNA at 6:23 AM