After making a gratuitous (some might say fatuous) Fat Jimmy Anderson reference earlier, I started to think about who are some of the fattest lard asses in MLB today? Needing no introduction, the 2011 All-Fat-Ass Team. [Look for MLB Fattest Asses of All-Time at a later date.] 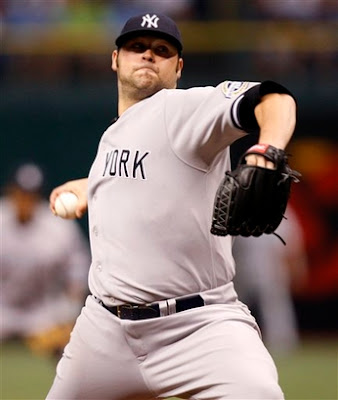 Yankees reliever, Joba Chamberlain.
Dude was probably one of those 'husky' kids in grade school, but now he's just fat. And I know that muscle weighs more than fat and all that, and he's not Orca fat, but seriously? Joba? Seriously? 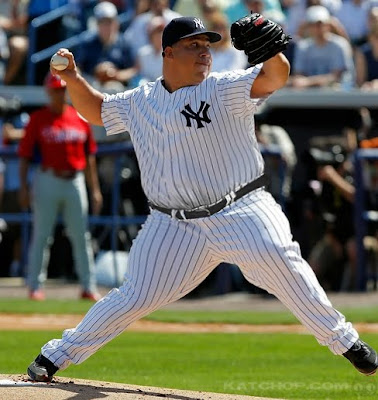 Yankees starter, Bartolo Colon.
And ... speaking of Orca fat. Colon is so fat, he bumped C.C. Sabathia off the list. Is it just me, or does he look like Divine just put on a Yankees uniform? The good news for Colon? When his baseball career is over, he can just move to Baltimore and make movies with John Waters. 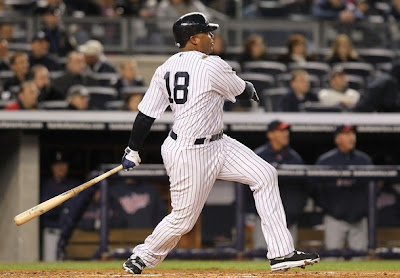 Yankees center fielder, Andruw Jones.
For an organization that's so tight-assed about things like facial hair and long hair, they tolerate a huge amount of cellulite. Jones didn't used to be this fat when he played for the Braves. Just sayin'. Weird to see a fat center fielder, isn't it?

[You know, as soon as I started to make this list, I realized I could just raid the Yankees and have a fair number of fat guys.] 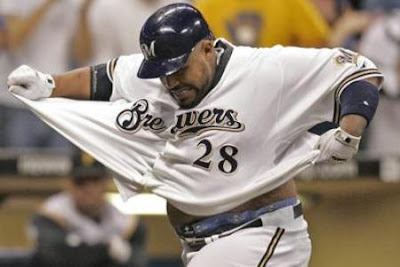 Brewers First Baseman, Prince Fielder.
"Gah! Get this shirt off of me. It's too tight. I can't breathe! I said I can't breathe, bitches!!"
[Note:  Fielder has to be the fattest vegetarian I've ever seen.] 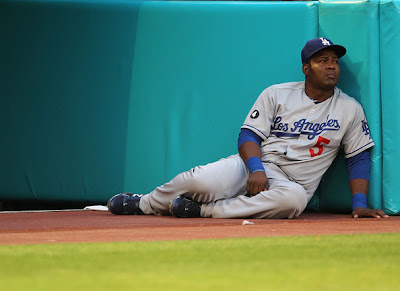 Dodgers Third Baseman, Juan Uribe.
Do you think Juan just snarfed a dozen or so Dodger Dogs mid-game? Because, really, I look like that after a visit to Pamela's after a night out. 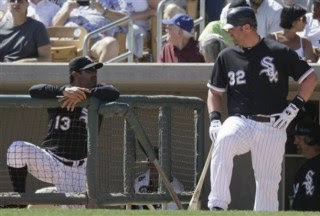 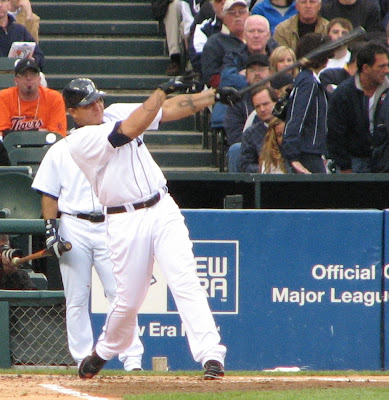 Tigers First Baseman, Miguel Cabrera.
Hey, Miguel, if you want to shed some unwanted pounds, you could skip a few Jagerbombs. A little tip. From me to you. No charge, friend. 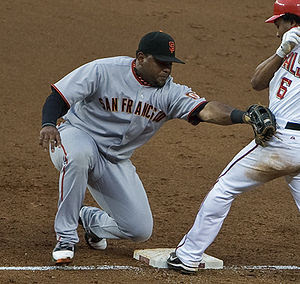 Giants Third Baseman, Pablo Sandoval.
"You're out. And, crap, I ripped my pants. I knew that was going to happen sooner or later." 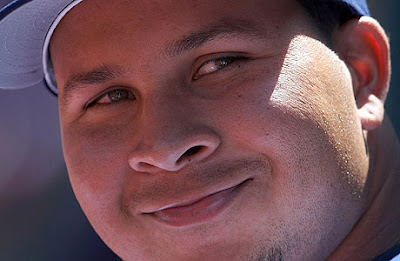 Sadly, so sadly, Dmitri Young retired after the 2009 season, or he could be the only guy on both my All-Fro Team and my All-Fat-Ass teams.