This season, Oakland Athletic's player, Coco Crisp, has grown out a magnificent, Oscar-Gamble-Worthy Fro. I love the 'fro. Particularly in baseball. There are lots of trends that I hated in the 1970's, but the fro? I totally stand behind the big old afro. This is a good start to my All-'Fro Team:

The original, the one and only, the undisputed greatest baseball afro of all time, Oscar Gamble. 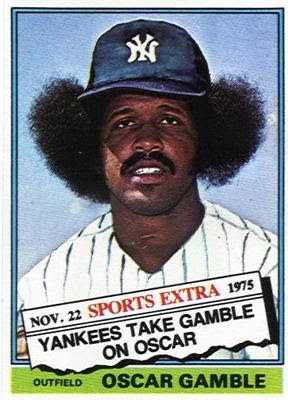 Playing in centerfield, leading off, and fluffing up his fro, Coco Crisp. 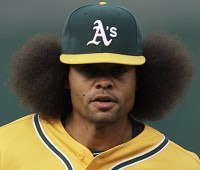 It's not that Eddie Murray's 'fro was so huge, but he had those fantastic sideburns and the 'stache to really set it off. It's a larger think-piece kinda thing. 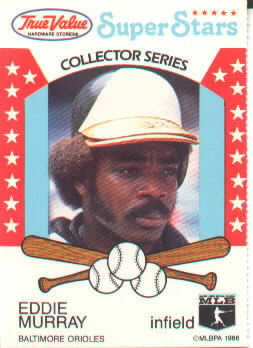 < Bake McBride. I think the coiffure speaks for itself. And the nickname -- Shake N Bake? Other than Cool Papa Bell, I can't think of a better one. 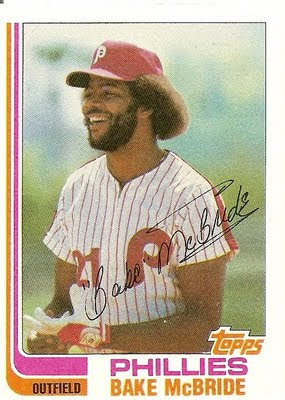 Sure, Omar Moreno's fro didn't have the size of somebody like Shake, but still, the afro in THAT uniform? I think it qualifies as performance art. 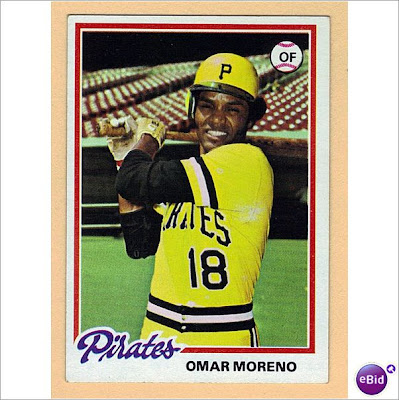 I like Kyle Blank's fro. It kinda reminds me of Josh Freeman's fro. Not outrageous. It's not an afro that makes a statement, but still, it's a great 'fro.

I like to think of Dimitri Young's 'fro as the update on an old classic, the ragged 'fro, or the Afro of a new generation: 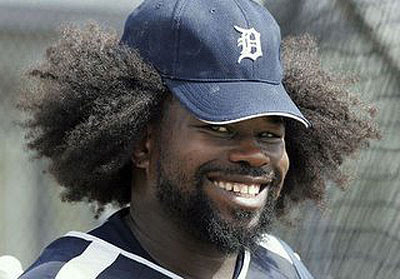 The scariest of all -- Don Sutton sporting the white guy afro, also known as the Mike Brady Afro. 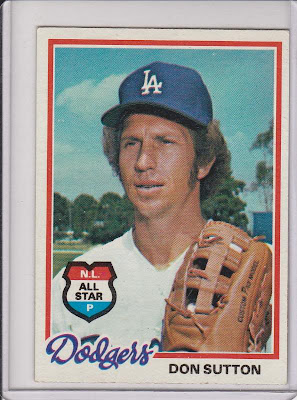