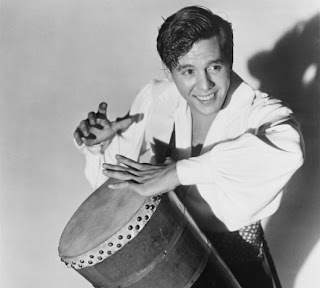 I had a friend of Cuban descent who made the most wonderful, simplest Cuban black beans. If you don't like spicy food, never fear - these are decidedly not hot. They are sweet and tangy and reminded me more of American soul food than what we think of as Latin American food (which has been inaccurately pigeon-holed as hot nachos or something like that.) I don't have his exact recipe (which I think was his abuelas), but I have come up with something that pretty closely replicates his recipe:

You will need:
1 bag of dried black beans
1 large yellow onion (or two small ones)
1 bell pepper (whatever color you prefer - some like green, but I like red)
2 cloves of garlic, finely minced
2 carrots, finely diced
1 tablespoon ground cumin
1/2 cup white wine (anything you have on hand will do)
2 or 3 tablespoons of vinegar (cider vinegar works just fine)
2 tablespoons of salt (I think it's about that much. I use a palmful.)
2 bay leaves
pinch of Mexican oregano

The Cook, a/k/a The Long Simmer:
Pick over beans, discarding any shriveled ones of foreign particles and rinse well.

Heat a large stock pot, add some olive oil, then the chopped onions and garlic; saute over low heat. Add the chopped pepper and carrot; and also season with a big pinch of kosher salt. Cook for about 10 minutes, stirring occasionally.

Add the rinsed black beans, the cumin, bay leaves, a pinch of kosher salt, the wine and about 6 cups of water. Bring to a boil, then reduce to simmer. Cover and simmer for about 1 hour. Give it a taste. Need more salt? More cumin?

Then add the vinegar, the sugar and the oregano. Partially cover and cook until the beans are soft, which will probably be in two to four hours. You may need to add more water through this process (I almost always do.) Give the liquid a taste every 45 minutes or so, and you can adjust the flavor. What you're after is something both sweet and savory, tart and rich. They'll probably need to cook four hours total, but you can walk away and just check in on them from time to time. And you want them to be stew like, so that they make a thick, black sauce.

Serve hot over white rice. Babaloo!
Posted by JODY DIPERNA at 7:41 AM