Top 10 Highlights of the 2011 Pirates Season 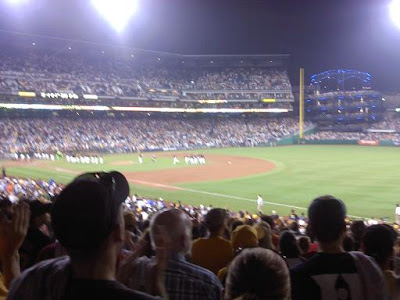 The Pirates wrap up another losing season, finishing 72-90, their 19th straight losing season, an unbelievable milestone, albeit one with which you don't actually want to be associated. 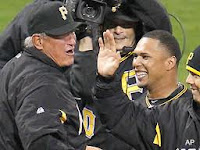 At the beginning of the season, I wondered what was enough for fans? How much progress would be enough for your average black and gold bleeding Pittsburgher? Did they have to make the playoffs? Post a winning record? Or just make significant improvement over past season?

At the start of the season, I went on record with a prediction of 66 wins. I'm happy to say that they exceeded my expectations. What I really didn't see coming were the high highs and awful lows. Unlike previous seasons, this team was anything but boring. I could have lived without the entire month of August, when they dropped 22 games in a single month, but, as I said, at least this year, they kept my attention from wire to wire.

Read more »
Posted by JODY DIPERNA at 1:02 PM No comments:

As you may recall from our last installment, Pitt and Syracuse are bolting from the Big East to, em, more upscale accommodations the Atlantic Coast Conference. West Virginia wisely tried to piggy-back along with Pitt and 'Cuse, but they were flat-out rejected by both the SEC and ACC, per this report at CBS Sports.

Hey, it's a dog eat dog world out there in college sports.

Meanwhile, from his seat up on high, balancing upon his golden dome of judgment, Notre Dame Athletic Director Jack Swarbrick weighed in on Pitt's move. Per the USA Today:

Read more »
Posted by JODY DIPERNA at 5:17 AM No comments:

Anarchy Reigns in the NCAA -- Pitt, Syracuse to the All-Cash Conference 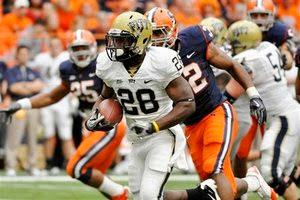 The Atlantic Coast Conference Council of Presidents has voted (unanimously) to accept the University of Pittsburgh and Syracuse University as new members, after Pitt and Syracuse petitioned for admission.

Oh, there's the talk of academic chops and prestige and all that; Pitt and Syracuse are fine universities, as are the schools in the ACC, but let's be honest all of these moves are motivated by one thing and one thing only:  football.

Or, I should say, football money.


A primer on the college football craziness and mendacity

Read more »
Posted by JODY DIPERNA at 2:31 PM No comments:

Down the Home Stretch, What to Make of the Pittsburgh Pirates?

It's been a while since I've checked in here at Bucco Central, too long actually, but I've been meaning to catch up with the Pirates for some time. What have I missed?

Well, oh, let's see, there was, oh yeah, there was a 10 game losing streak that put a stake right into the heart of an otherwise freakishly fun season. That put them in such a quagmire, they couldn't dig themselves out.

What did it? What was the beginning of the end for an otherwise magical summer? Well, most everybody keeps pointing to the crushing 19 inning loss at Atlanta, which, no doubt was one of the worst, most painful losses a team can suffer, but I don't think their problems started because they ended up on the wrong side of an atrociously heinous call.

Rather, I think that 19 inning marathon took a lot out of them, regardless of the outcome. Worse, it came just five games into a 20 game stretch without a day off. They played too many innings, with too much travel, against really good teams, with no time to rest regular players (which Clint Hurdle really makes a point of doing), and worse, no time to rest any of the pitchers, either the bullpen guys or the starters. Frankly, I was shocked that Hurdle didn't go to a six man pitching rotation to get them through that stretch, but he probably didn't want to lose a position player to bring Brad Lincoln into the starting rotation.

Read more »
Posted by JODY DIPERNA at 1:30 PM No comments: 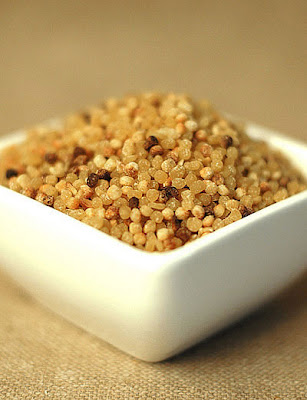 On one my many visits to Labriola's Italian Food Market, I noticed some artisanal pastas which I felt compelled to buy. Generally, pasta is pasta and while certain cuts go better with specific sauces, preferences are largely personal. I, for example, hate and will not eat rigatoni. Go figure.

Fregola Sarda are little round pastas (bigger than acini di pepe, but not quite as big as a dried currant), so I bought them and thought I would use them in a soup, maybe whip up some wedding soup (to be posted at a later date) But the fregola sarda were unlike anything I had ever seen -- coarse and golden brown. These are rugged little pastas, very appropriate for the rough island of Sardinia (turns out the 'sarda' is for 'Sardinia'.) It is made like acini di pepe (or really, almost any pasta), but after it dries, it is then toasted or baked, which gives it a rich flavor you don't normally find in pasta -- all toasty and warm and almost caramelized. Think about that -- caramelized pasta. (Band name?)

Read more »
Posted by JODY DIPERNA at 9:07 AM No comments: