Is Louisville's Take Down of Baylor the Biggest Upset Ever in Women's Hoops?

In 1985, John Thompson's Georgetown Hoyas were a sight to behold. They didn't just win. They weren't merely satisfied to beat teams -- they destroyed them. I mean this in the nicest possible way, but they were like the Roman Legion descending. Nobody would admit it, but other teams were scared. And even if those teams weren't scared, their fans were. They gave up all hope upon seeing the dreaded G'Town on the schedule. Your team was going to lose to the Hoyas. The question then became -- how bad of a loss did it have to be to cross over into embarrassment territory?


Reports today are that Sidney Crosby has a broken jaw after taking a 90-some-mile-per-hour Brooks Orpik slapshot to the face.

Just when Pens GM Ray Shero had loaded the team up for a serious Cup run, the best player in the world is out. Indefinitely. Talk about going from ecstasy to agony.

Can somebody in my life tell Brooks Orpik to never, ever, ever shoot the puck. Like, ever. Thanks. That's all.

Posted by JODY DIPERNA at 3:10 PM No comments:

Four Behemoths -- Baylor, Notre Dame, UConn and Stanford. Depth has grown by leaps and bounds in women's basketball over the last five years. For my money, the second round games with 32 teams remaining are some of the most entertaining you'll ever see. That said, Baylor, UConn, Notre Dame and Stanford are in their own category of greatness. I can't see any of them losing in this round (I could see Stanford being a bit shaky in the Elite 8 ...), so if you like seeing dynastic teams, if you like watching the monsters of the sport, the Baylor Bears are for you.

Yesterday, my phone beeped a few minutes before 7:00 a.m. Strange time to be getting texts. I grabbed my phone:  "HOLY HELL, WE GOT IGINLA." And with that, I was stupid happy all day long. I was silly, giddy, punch-drunk, I was like a dog going to the park or a kid on Christmas morning. Nothing phased me all day long.

To the old lady who took way, way too long to order her coffee in line in front of me, I simply smiled and thought, "Jarome Iginla, baby. It's cool."

To the wanker who cut me off in traffic, I simply waved and mouthed, "Dude, the Pens got Iginla!"

When the spot I wanted to eat lunch was closed, I just walked on to another destination, thinking, "Jarome Freaking Iginla."

Read more »
Posted by JODY DIPERNA at 8:08 AM No comments:

-- Adrienne Webb, LSU. With just seven players at her disposal and with an injured star in Theresa Plaisance, coach Nikki Caldwell turned to senior guard Adrienne Webb. Boy howdy, did the kid ever deliver. For a moment, forget that she dropped 29 points on Penn State. And forget that she drained a 3-pointer in the waning minutes. What she did that blew me away was take Maggie Lucas completely out of the game. Lucas is Penn State's best player and the best player in the Big 10; she is one of the best players in the country. I've been watching basketball long enough to know that sometimes even the best shooters have a cold stretch. Lucas started the game on what I thought was a cold stretch, but it became apparent as the game wore on that it wasn't Lucas being cold. Webb froze her out -- she turned Lucas cold. Though Caldwell was running a zone, it was often Webb who was right in Lucas' face. And I mean, In. Her. Face. It was so bad that with time ticking away, Penn State didn't even try to get the ball to Lucas. Maggie Lucas not taking the last shot? Crazy! To my mind, Webb was the player of the tourney in this round.

Next up for the Tigers? A Cal team that looked pretty shaky against South Florida on Monday night.

Read more »
Posted by JODY DIPERNA at 8:33 AM No comments:

Who helped carry their team through the first round? What player who you never heard before showed up big under the big lights? This is by no means a complete list, but through the first two days of the tournament, these players jumped off the screen for me.

-- Inga Orekhova, South Florida. In the most exciting game of the first day (as Baylor coach Kim Mulkey put it, 'best dang game of the day'), the South Florida Bulls pulled off an upset of Texas Tech, on the Red Raider's home court. As much as I enjoy watching the Smith twins play, it was the pride of Sevastapol, Ukraine, Inga Orekhova who led her team down the stretch, hitting a huge 3-pointer with about a minute to go to tie the game. In all, she had 20 points (5 of them inside the last two-minutes) and her team fed her the ball with confidence.

Read more »
Posted by JODY DIPERNA at 8:09 AM No comments: 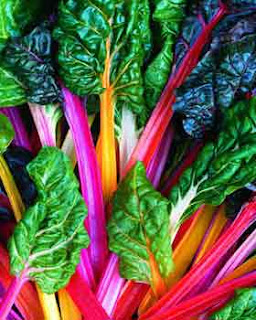 Every Christmas and every Easter, I make ravioli from scratch, as my great-grandmother did. Gram was from the tiny village of Pietransieri, in the Abruzzo region of Italy. Her ravioli are stuffed with cheese (ricotta, parm, romano, egg and parsley.) I grew up eating those ravioli and only those ravioli. Cheese or Bust! [I tried, once or twice, ravs filled with meat and never liked them, but have had more success in recent years with meat filled ravioli, in Rome and in Buenos Aires.] And so, I grew up making Gram's ravioli with my grandmother and when she died a few years ago, the tradition passed directly to me.

This Christmas, I got La Cucina, the ultimate compendium of all the foods from that glorious geographical boot known as Italy. The recipes contained therein are for cooks who know their way around the kitchen. They don't give very specific instructions. Or maybe it only seems that way because some of the recipes in this 2,000 page collection are so basic and simple or maybe they're just guidelines, realizing that food varies not only from region to region but from kitchen to kitchen.

Thus armed with an idea more than instructions, I set to work to make ravioli filled with swiss chard and potatoes. They were such a smashing success this Christmas, I've decided to bring them back for an Easter encore.

Read more »
Posted by JODY DIPERNA at 7:45 AM No comments:

10.  Gennifer Brandon, Cal. The Cal Bears don't have one great player; there is no single, singular talent that jumps elevates an entire team, but they do have a collection of really good players. My favorite of the bunch is junior forward Gennifer Brandon, who is a rebounding machine and was a significant force in all of the team's signature wins this year -- once over Stanford and twice against both UCLA and Colorado. Make no mistake, the Bears won't make it far without Layshia Clarendon, either, but when Cal is at their best, they are a tremendously physical team. That physicality starts on the boards with Brandon.

Read more »
Posted by JODY DIPERNA at 2:08 PM No comments: