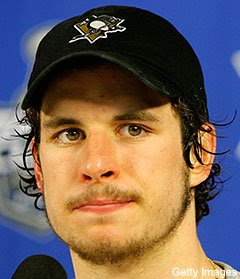 If you didn't feel the earthquake, then perhaps didn't log on to any hockey news websites yesterday. Because I'm not talking about the quake that rocked the Nation's capital, but rather the aftershocks of internet reports that Sidney Crosby, once again, shut down his off-season workouts, something that Sid's agent angrily refuted, per the Pittsburgh Post-Gazette story.

Even if, as his agent says, Crosby has merely 'adjusted his summer workout' (which I translate to 'scaled back' his notoriously demanding workouts) on his own, isn't that a bad sign, too? This is a guy for whom too much training is never enough. If he's scaling back, that is completely counter to everything he had ever done in his entire life prior to the Winter Classic.

It's Crosby's completeness that makes him the best player in the NHL -- he can score and he plays defense, he is always two or three steps ahead of everybody else on the ice. He scores gritty goals by parking near the net in heavy traffic and he can shoot from the outside. He has moves and grace and speed. He is surprisingly strong, given that he's not really a big guy.

Lots of guys in the NHL are fast and strong, lots of players possess great hands and great moves. And being an ultimate competitor is merely the cover charge for entry into the NHL. Very few, if any, are all of those things at once. Sid excels at everything. 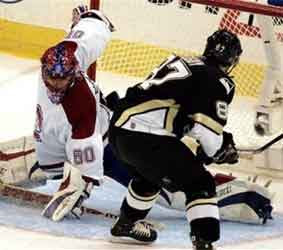 I would argue that what really sets him apart is not vision or speed or hands, but two other things:  (one) his acute hockey mind and, (two) his unbelievable work ethic.

Then, it was said that he was too much of a set-up man, more of an assists guy than a pure scorer. So he started planting himself at the net, using his soft hands and quick reflexes to score more. Then people said he couldn't score from the outside, so he started working on his outside shot. Before his concussion(s) last year, he had scored from every spot in the Consol Energy Center except the executive washroom.

Sid's already tremendous career is a testament to the combination of those two things:  his brains and his discipline. And I'd posit that those two things -- his ability to intuit a way to improve and then the discipline to do that --  are inextricably linked, connected, perhaps even fused. He decides to elevate some element of his game, figures out a way to do it, and then applies himself. That puts him ahead of everybody else and, with the benefit of a long career, puts him in the class of the best of all time. But if you take that part of his game away -- his ability to prepare -- he's a good player, maybe even a great player, but not the best. 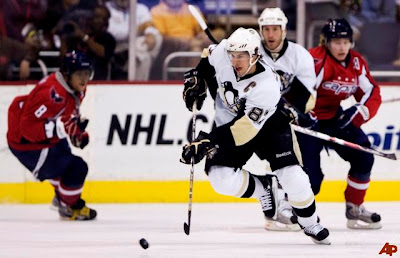 It is up in the air if Crosby will be able to report to training camp on time, per NHL.com. Granted, some players don't like to practice, but this is Crosby we're talking about. He'd practice three times a day and then go play a game if he could. Then practice again. If he doesn't come to training camp, it's because he simply cannot.

How many times do I have to say it? Head injuries. So, so tricky. If I could go back in time, I'd have David Steckel trip him and snap his ACL. Or hook him so severely that he needed Tommy John surgery. Because if Sid were recovering from that type of injury, I'd be 100% confident in his ability to return to the ice and dominate.

But this concussion (or rather, two back to back concussions) have kept him from practicing. If he can't practice, he can't play. The concern now has to be, will he play at all in 2012? Or ever again?

Have we seen the last of Sidney Crosby?

He has to protect himself and his future. I won't blame him one bit if he shuts it down for good, but, my god, what a loss for Penguins fans and hockey fans everywhere.
Posted by JODY DIPERNA at 3:48 PM