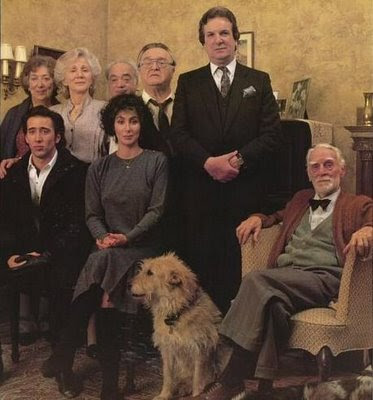 The food cognoscenti, for many years, have looked down their noses at Italian-American cooking, versus 'authentic' Italian cooking, but I would argue that there's a difference between authentic Italian-American and over-cooked, mushy, disgusting Italian-American. It is not accurate or fair to judge Italian-American cuisine by a can of Chef Boyardee. That's a pretty unfair criticism. It would be like me disparaging all the food in Tuscany because I got food poisoning there. Oh wait ...

Of recent note, there has a been a bit of come to Jesus recognition of good Italian-American food. Spaghetti and meatballs is a distinctly American iteration, but it's a delicious one that I will defend. Along those same lines, I have no idea of the actual origin of chicken romano, but it strikes me as a particularly Italian-American dish. When done well, it can give you a right mouth-gasm.

You will need:
3 or 4 boneless, skinless chicken breasts halves (depending on how many you are serving)
2 c. flour
3 eggs
3 c. Pecorino Romano cheese (plus some Romano for your pasta)
1 shallot - finely diced
2 cloves garlic - smashed
1 pat of butter
1 lemon (juiced)
1 c. white wine
pinch of crushed red pepper
1 lb. of dried thin linguini

The prep:
Clean up each of the chicken breast halves, then pound each half thoroughly. If you don't have one of these:

just put the chicken between some plastic wrap and use one of these:

Once the chicken is pounded out, cut each half breast into about three cutlets.

Make a dredging station. (I know, I know. This sounds complicated, but it's not. Really. Trust me.) Moving from right to left, put the flour in a shallow bowl. In the next bowl, whip the three eggs. In the last bowl, you should have several cups of romano cheese. I find it's easiest if I can go right from the dredging to the skillet, so once I set up the dredging station, I heat a tablespoon or so of olive oil in a large non-stick skillet over medium heat/medium-low heat.

Dredge each chicken cutlet in the flour first, then into the egg wash, then in the romano cheese. Place immediately in the skillet, and dredge the next cutlet. When one side of the cutlet gets golden (about 5-7 minutes), flip it. Because the chicken is thin, it cooks quickly. I can usually fit about five cutlets in my skillet at a time. Salt the chicken lightly in the skillet. As each cutlet is done, remove it to a plate and keep on cooking assembly-line style.

After you've cooked all the chicken, in the same non-stick skillet (so that you can scrape up any little bits of residual goodness from the chicken cutlets), add the pat of butter, the garlic and the shallots and sautee those for about 5 minutes until they're soft. Then add the lemon juice and white wine. Bring to a boil, reduce to simmer.

Put on a large pot of water when you are dredging the chicken. As to the pasta, unless I'm posting a recipe for fresh cut pasta, dried is always appropriate. I am going to link to the world's greatest post defending dried pasta. If you're not a pasta wizard, please refer to this post. For this dish, I really like thin linguini.

When the linguini is nearly cooked, remove the garlic cloves from the sautee pan, add the linguini to the sautee pan with about 1/2 c. of pasta water, and give it all a toss with the pinch of crushed red pepper. After you remove the pasta to a large serving bowl, top it with the chicken cutlets and drizzle the left over lemon-wine sauce over the whole thing. Serve with grated pecorino romano cheese.
Posted by JODY DIPERNA at 6:47 AM