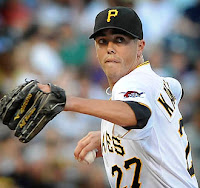 I had this job once. Over time, it became more and more frustrating. Looking back, I think I was too easy to get along with, I didn't complain much and I didn't mind doing any tasks that others avoided or refused. It's just not a big deal, I thought. I have perspective, you know? It's just a job and, moreover, I'm a good team player. But it never paid off in ways that were beneficial to me. I'm sure that my easy-breezy style benefited other people, but not actually me. It didn't mean more money. It didn't mean better assignments. It didn't mean better treatment. No it meant that I always got stuck with unpleasant, boring, or otherwise unfulfilling assignments.

Because I was willing to do the shit work, I was always stuck with the shit work. And once you establish yourself as the person who will shovel shit, nobody else is going to offer to shovel the shit. The lesson to be learned is what I like to call the Shit Shoveling Syndrome (tm) -- if you offer to shovel shit, you had best love shoveling shit because nobody is going to relieve you of the shoveling of the shit out of sense of fair play or kindness. You are always going to be the one doing it. So get used to it.

On Saturday night, in attempt to wash the bitter taste of the Penguins performance out of my mouth, I turned on the Pirates game. Good god -- Jeff Karstens was masterful. He limited the Washington Nationals (or, Natinals, depending on which jerseys they wear) to just two runs through six innings and left his team with a comfortable five-run lead, having thrown just 87 pitches, 51 of them strikes. It was an homage to Ray Miller's mantra: Work fast, throw strikes, change speeds. It was a joy to watch Karstens on the mound. (I can't believe I just typed that, but it's true.)

I don't think you can reasonably expect much more from your fourth or fifth starting pitcher, even on teams with top-price, top-flight pitching.

I hope that Karstens is rewarded for his efforts, that he doesn't fall prey to the Shit Shoveling Syndrome, too.

On April 13, Colin Dunlap wrote this for the Post-Gazette:


'Such is the life of the swingman of the staff, a function Karstens has mastered brilliantly. ...

Manager Clint Hurdle views Karstens as the perfect guy to have the responsibility of sometimes-reliever, sometimes-starter, all-the-time competitor.

"He doesn't have an agenda," Hurdle said of Karstens, who hasn't allowed an earned run in 52/3 innings of work this season. "Most players have an agenda.

"His dream is to be on a good ballclub and be a part of it. And that is refreshing. And then to back that up with action is more impressive."'

When Ohlendorf suffered an injury in just his second start of the year, Karstens stepped into the starting rotation. He has performed quite well in his two starts, and frankly better than anything we've seen from Ohlendorf since the 2009 season.

Point being, just because Karstens would likely be willing to go back to the bullpen, I think he's earned his spot, which is to say, far away from the shit shoveling detail.

Ohlendorf is on the 15 day disabled list, but it's likely he'll be out for an entire month. He was wildly ineffective before the injury. When/if he comes back, Karstens has shown (so far) that he deserves a spot in the starting rotation and he shouldn't be punished because he would be 'willing to take one for the team' as it were. He looks to be at least as good as Ohlendorf and, I think, a better option for the team. Here's hoping that Karstens continues the way he has been, and also that Hurdle breaks the Shit Shoveling Syndrome by keeping Karstens in the starting rotation.

[photo courtesy of Pittsburgh Post-Gazette]
Posted by JODY DIPERNA at 3:00 AM