What if Alex Ovechkin Hired Randy Moss as a Life-Coach? 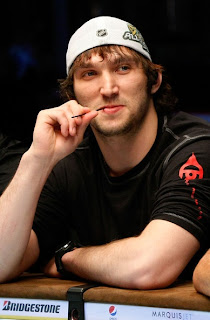 Randy Moss and Alexander Ovechkin walk into a bar. They sit at table and order drinks. What follows is an exact transcript of their conversation.

"Hey," says Alex, "sorry about the Super Bowl and everything."

"Thanks, man. That does hurt. But you know, I didn't ask you out because of the Supe. I wanted to say something to you I've never said to anybody else."

Alex is puzzled. He gives Randy his best rakish super-villian grin and waits.

"You know, you remind me a lot of me," Randy says.

"I didn't know you watched hockey." 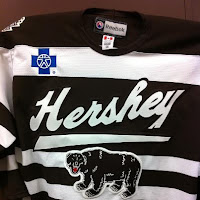 "Nobody knows I do. I keep that on the DL. You know, I have a Hershey Bears sweater? Don't tell anybody, right? Anyway. I really wanted to tell you that ... well, you know how on media day I said that I was the best receiver ever?"

Randy takes a deep breath, "What I meant to say was that I was the most talented receiver ever."

"I grew up in Moscow and even I know that Jerry Rice does hold the record for most receiving yards," says Alex, flashing that playful KGB grin again.

"Don't remind me. The point is, I'm better than Rice. I'm bigger. I'm faster. I'm stronger. I was the most feared man in the NFL at one point. Nobody could stop me," says Moss. "If you had to win one game, and you could have one receiver, you know you'd want me and not Rice, right? When I was right, I was the best player on the field. Period." 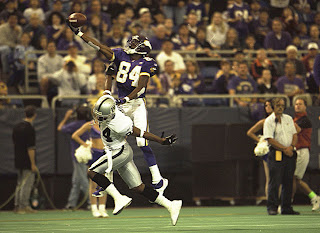 By now, Moss is unconsciously rubbing his beard. He's started to tap his left foot, too. This is uncomfortable territory.

"Alex, man, I don't mean to say that I didn't work hard. I did work extremely hard. I still do. But you know, sometimes I just went after low-hanging fruit."

At this point, Moss has totally lost Ovechkin. And one has to wonder if it's a language barrier or something else.

"Tell you what, man, go watch film of my career. I did a couple of things, mostly ran post-patterns or fly-patterns. Generally, I just ran past the man covering me straight down the field and threw my hand up in the air so that QB could see me. Now, I did that better than it's ever been done. Or ever will be done. Nobody will ever be better at jumping to get a ball than I am. I am the king. I own that shit. But I could have had more receptions, more yards, more touchdowns. Maybe I'd have championships if I was a more complete player. What if I had I been willing to go get the ball in traffic? Had I been willing to go over the middle, run little dig routes and slant routes? What if I had been willing to block more? Maybe I would have a ring." 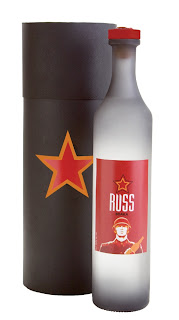 "Or two. Or three," says Ovie. Quickly, he orders more drinks. Clearly, this is a conversation needing cocktails. Lots and lots of cocktails.

Moss is deeply troubled. Their drinks can't come fast enough. "Yeah, man. I can't help but think that had I made different choices, had I been willing to do the things that didn't come naturally to me, I would have obliterated all of Rice's records. They would just have been a smear when I was done with them. That's how good I am. Could have been."

"Randy, you know, I really appreciate you telling me all of this, you know? And um, I'm looking for the right word, but I still don't know ... well, why me? Why are you telling me."

"Tell you what Alex. You have one or two things that you do better than anybody. I see you taking off and hitting guys, which is cool. Man, it's really cool. I see you out by the circle, waiting for that perfect one-timer. I don't know that I've seen a better pure shooter from that spot on the ice. Maybe Jagr in his prime, but even so, I think you're better than that."

The drinks arrive and they each sip uncomfortably. Randy continues.

"And I know you work hard, too. I can see it. I can see how much you care. Other people may miss that. I know a lot of people think I don't care either. But I do. And you do. But your game, man. Your game is just incomplete. I don't see you go to net. Dude, goaltenders would shit their pants if you perched at the edge of their crease. I'm serious. But you've got to work on the elements of your game that are less fun for you. You know why Sidney Crosby is better than you are?"

"Yeah, I said that. I said that Crosby was better than you. And you want to know why? He works on the elements of his game which are his weakest points. He does a hundred things well. You do one or two things better than anybody else, but your game is weak in spots, too. The things you do are great. But it's also important to do the little things. The unpleasant things. The less fun things."

"Fignya! Nobody knows the shit I put up with. I don't even want to start with you."

"Look, man. I know your coaches suck. I think the front office sucks, too. The fans are a bunch of band-wagon jumping, suit-wearing whining lobbyist a-holes."

"It's true," Ovie says. "They 'rock the red' when times are good and jump ship when they're bad. The coaches, the fans. They do suck. You won't repeat that, right?"

"Nah. I won't tell anybody. Even with the idiotic coaches and the iffy goalies and idiotic fans, you have to play better. You can be the best there ever was. Trust me, you don't want to live with the kind of regret that I do. You get the check, okay? I was counting on that Super Bowl bonus and everything. Be cool." 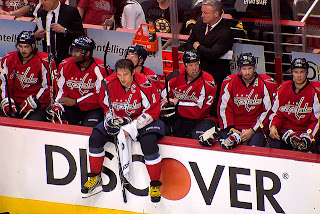