Would No Halftime Entertainment at SB XLVIII Be Such a Bad Thing? 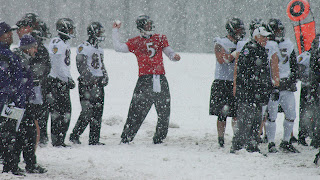 As I look out my window at the freezing rain, landing quite nicely on the already icy snow blanketing my yard, I can't help but think:  Yippee! The Super Bowl will be played in weather just like this next year! (That's Super Bowl XLVIII [or 48 for you non-ancient Roman types.])

As a television event, the biggest game of the year is not aimed at nor produced for actual football fans. It has become an event designed to gin up interest in the sport, sell stuff, create a raging river of revenue and appeal to the non-football fans. For those who actually attend, the Super Bowl is an event which is decidedly not designed for people of my ilk, which is to say, football fans. Nay. The Super Bowl is for the suits, the corporate ticket holders and such of that ilk. If they freeze in a snow squall or freezing rain? Well, fine by me. 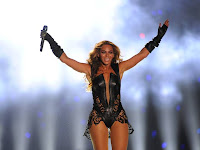 This is what the Super Bowl is:  a bunch of non-Catholics celebrating the day before Ash Wednesday at a TGIFriday's in Olathe, Kansas.


It's an even for the non-invested. Which is why the halftime entertainment has become such a big deal.

Earlier this week, the New York Post reported that there may be problems with having a halftime show at  SB XLVIII to be held next February in New Y ... er, New Jersey because of the weather. Oh, the humanity!

The NFL shot this report down immediately. There will be halftime and it will RAWK! (That's an exact quote from Roger Goodell.)

Perhaps they should handle this by bringing in some cold weather acts, maybe a collaboration of some of Norway's finest black metal bands. What could possibly top the excitement of seeing Necrobutcher ('Mayhem's' guitarist Jørn Stubberud) on stage with Nocturno Culto and Fenriz (of 'Darkthrone') and Varg Vikernes (aka Count Grishnackh of 'Burzum' fame). The thrills! The chills! Even more hairtosses than Beyonce! 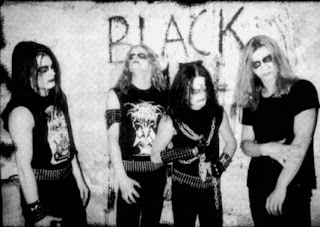