Rationalizations and Lines: The Steelers Lose in Denver to Open the 2012 Season 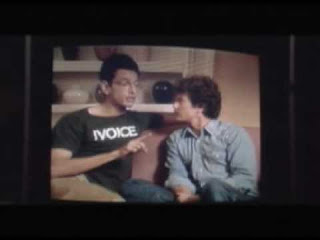 'Why does that strike me as a massive rationalization?'

'Yeah? You ever gone a week with out a rationalization?'

The Steelers pass defense was torched by Peyton Manning last night:  Well, lots of teams have been torched by Manning in his career.


Ben Roethlisberger missed a couple of big opportunities: The Steelers offense is a work in progress.

The run game was mostly non-existent:  The Steelers were without Rashard Mendenhall.

The Broncos ran on the Steelers at will:  The Steelers defense was without Ryan Clark and James Harrison.

Now that I've gotten those rationalizations off my chest, let's address the biggest issue I saw all night:

No, not Pig Ben's pick-six with the game on the line. And no, not Troy's horrible tackling angle on Demaryius Thomas' catch and run. I think both of those are fixable. And I'm not even referring to Manning's evil-genius like ability to manipulate the Steelers's D through his mastery of the no-huddle offense.

I'm talking about the Steelers defensive line. (Sure, the offensive line was crappy, too, but we all kind of expected that, right? Nice to see Willie Colon is back to his old form in the pre-snap penalty department, right?)

This year, nobody would argue would Sapp put forth that argument again. There is no getting around it:  the D Line is, at this moment in time, simply no good.

Sure, Manning gets rid of the ball quickly on passes. He was scary good reading the defense last night; he manipulated them at will. He may be the best QB the Steelers will see all year. All of that said,

There was little or no push from the line.

In addition to Manning's surgical dismantling of the once-proud defense, Willis McGahee and Knowshon Moreno gashed them at will.

The stat sheet says that Brett Keisel, Casey Hampton, Ziggy Hood and Cam Heyward combined for eight tackles. Frankly, that seems a bit generous -- most of the night, they all lost their individual battles. That's gonna be a big problem, even when they are playing teams with lesser quarterbacks than Manning.

It was all exacerbated by the James Harrison-less linebacking corps. Lawrence Timmons has shown flashes of greatness in his career, but first round draft picks should be more than simply serviceable. It's about time he started carrying the defense occasionally. Was he even out there last night?

Basically, poop or get off the pot, Lawrence.

In the words of my friend Smiley, "They didn’t get close to Manning but for a few times. The good ones are old and the young ones aren’t good. That spells trouble in three-river-city, with a capital T, and that rhymes with C and that stands for 'Crap.'"

Next up, a much lesser QB than Peyton Manning -- Mark Sanchez and the juggernaut Jets. It should be a bounce back game for the Steelers. If it isn't, it's gonna be a long season.