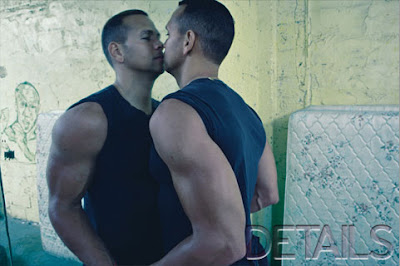 From the same addled mind that brought you the All-Fat Guy Team and the All-Fro Team, I bring you the All-Idiot Team. And people, this is meant to be light, just a list of guys who have done truly idiotic, embarrassing, mind-boggling things, both on and off the field.

14.  Fred Merkle.  My historical choice because, when you have a dumbass play named after you, you've really done something special. "Merkle's Boner" occurred in game in September, 1908 as the Chicago Cubs and New York Giants were battling in a tight pennant race. In the bottom of the 9th, Merkle singled and his teammate, Moose McCormick, moved to 3rd. The next hitter singled to center and McCormick scored what seemed to be the winning run for the Giants. Merkle ran toward the dugout without touching 2nd base. The Cubs threw the ball to second and Merkle was scored a force-out for the final out of the inning. After that, the game was called -- either due to darkness or because the Giants fans had swarmed the field believing they had won -- depending on what reports you read. The Giants and Cubs finished the season tied for first and the Cubs won the pennant in a one-game playoff. The Sporting News reported the incident as "the stupidity of Fred Merkle." Nuff said.


13.  Marty Cordova. Please pass the aloe. If this had happened to a guy who played hockey or basketball, sports which are played, ya know, indoors, I might be less inclined to poke fun. But a baseball player? While playing for the Orioles, Cordova decided that he just wasn't getting enough fun in the sun time and took to his home home tanning bed (again -- his home tanning bed) where upon he dozed and sustained a severe sun-burn. It was bad enough that then Orioles skipper Mike Hargrove had to sit Cordova for an afternoon game in California. Nice George Hamilton tan, Marty.

12.  Steve Sparks. And for my next trick ... Steve Sparks went to hear a motivational speaker who ripped a phone book in half as part of his schtick. Sparks decided he should do that, it would be a fun party trick and he was a badass baseball player. Problem was that Sparks dislocated his shoulder in his attempt and spent the entire 1994 season in Triple A. After that he stuck to card tricks, or so I've been told.

10.  Carlos Quentin. Has hands of stone, and a head to match. In 2008, Quentin swung and missed a pitch. Okay. It happens. But after that, he punched his own hand while holding his bat and promptly fractured his wrist. I should mention that at the time of this freak, idiotic accident, Quentin led the majors in home runs. I love baseball. Have I mentioned that?

9.  Wade Boggs. Hall of Famer Wade Boggs hurt his back while pulling on his cowboy boots. Really.

8.  John Smoltz.  ESPN analyst and future Hall of Famer John Smoltz had a wondrous career, but one of my favorite tales of off the field idiocy involves this great pitcher. Always tidy, Smoltz wanted to press off a shirt before going out. For some strange reason, he decided to do this while he was wearing the shirt. Hold the starch, Smoltzy. 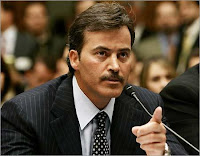 7.  Rafael Palmeiro. For his grandstanding, finger-pointing in front of Congress. "Let me start by telling you this: I have never used steroids, period. I don't know how to say it any more clearly than that. Never." Of course, five months later, the dope tested positive for steroids. Let that be a lesson to future generations:  don't tell the authorities that you never took x, y, or z drug and then promptly rush out and ingest x, y or z drug.

6.  Kendry Morales. In May of 2010, Morales launched a walk-off grand salami to beat the Seattle Mariners, 5-1. As he rounded the bases, seeing his teammates huddled at home plate to greet him, he leaped into the air and jumped on home plate, promptly breaking his leg near his ankle. Of the injury, teammate Torii Hunter said, "This is bad." Always with the understatement, that one.

5.  Joel Zumaya. In 2006, the Detroit Tigers were without the services of their rookie flame-throwing relief pitcher Joel Zumaya in the ALCS because of an injury to his forearm and wrist. That seems like a kind of natural injury for a pitcher, but in this instance, it was due to Zumaya playing 'Guitar Hero' endlessly. After that, we can only hope that he switched to playing 'Pong' on his vintage Atari.

3.  Alex Rodriquez. Not for his popcorn eating relationship with Cameron Diaz, or the portrait he commissioned of himself as a centaur (which hangs in his bedroom), or his kissing himself in the mirror for a Details photoshoot, or his "Mine" call in Toronto, or his study of Kabbalah, or his mortifying steroids presser. (Although, all of those do build my case for A-Rod, do they not?) But his place (and position on this list) is for an actual in game in which he pulled the pissiest move I've ever seen on a baseball field. In Game 6 of the 2004 ALCS, as series that Rodriquez' Yankees lead by three games to two. With Derek Jeter on 1st, Rodriquez hit a slow roller between 1st and the pitcher's mound. Red Sox pitcher Bronson Arroyo fielded the ball and tagged A-Rod, who slapped the ball out of Arroyo's glove. Jeter raced around the bases to score as the ball rolled toward the outfield. But the umps conferred, rightly asserting that you cannot go all Zsa Zsa Gabor on a fielder's glove in order to avoid a tag. It should be noted that the Sawks went on to win the series -- delivering the most painful loss to Yanks fans since Bill Mazeroski's dinger won the 1960 World Series.  (Personal note.  My phone blew up when A-Rod flailed at Arroyo. Every caller said, "What a little bitch." True story.)

2.  Dale Berra.  First off, as a Pittsburgher who lived through the Dale Berra era in the Burgh, the guy was just a huge cheesedick. There's nothing worse than a guy who preens about town like the second coming of Honus Wagner but plays baseball like a three-toed sloth. I admit I may be I'm bitter about Berra's contribution to the franchise becoming mired in a miasma of mediocrity, apathy and fielding errors, to say nothing of the baseball cocaine trials being forever linked with my hometown. After he left Pittsburgh in 1984 (huge sigh of relief on this end), he went to play for the Yanks where his dad, the great Yogi Berra was the skipper. Shortly thereafter, he was fined for public urination and resisting arrest. Clearly, his testimony in Federal Court hadn't helped him to mature. Even so, Berra's general assholery might not have landed him quite this high on my list had he not been the second of two players to be thrown out at home plate on the same play. Just how in the name of a slickly fielded double-play and all that is holy does this even happen?

1.  Milton Bradley. Bradley could be on this list dozens of different times. A tremendous talent, Bradley has had more than his share of moronic moments, from thrown equipment to alienated teammates, he has talked insane schizophrenic shit and been ejected from more games than Buster Olney has covered. He's so crazy that one website has posted a timeline of Milton Bradley insanity. Of all of that, the best moment came during Bradley's stint with the San Diego Padres:  he tore his ACL while vociferously arguing a call with the first base umpire. This has to be the stupidest injury I've ever been lucky enough to watch on SportsCenter. They should run it at least once a week, just for giggles. After that, MENSA turned down his application, but the Cubs signed him to a 3-year, $30 million contract. (No wonder Cubs fans are so tortured.)
Posted by JODY DIPERNA at 6:28 AM