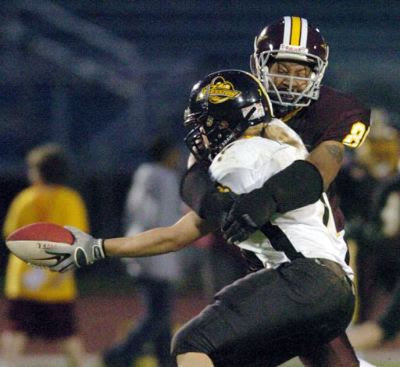 On Saturday night, the Pittsburgh Passion, welcome the DC Divas, their long-time rivals, and this Saturday figures to be as epic as all of the previous battles between these two teams. These two beasts of the Mid-Atlantic opened the season against each other in DC, a game that the Passion won by a score of 35-34, a win that put the Passion in the driver’s seat to win their division and the 5-0 Pittsburgh squad can secure their playoff position by sweeping the Divas, a fact of which both teams are acutely aware.

In the world of women’s football, the Divas and the Passion are Duke versus UNC, the Sox and the Yanks, Lebron and Cleveland. All of which is to say, more often than not when the Divas and Passion take the field together it’s a memorable night.


In May of 2008, the Passion and Divas played at Cupples Field on the Southside. It was a back and forth battle, a game the Passion won by a score of 38-34 and when it was all over, it was hailed as the ‘greatest women’s game ever played.’ Since then, these two teams have continued to battle each other in exciting games, sometimes in the playoffs and almost always with the playoffs on the line. 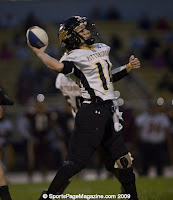 But even before those games, the teams have been battling for supremacy, measuring themselves against each other. But the rivalry goes back as long as the 10 year history of the Passion.

Not all members of the Passion have been around long enough to remember the sting of watching the Divas win the NWFA (National Women’s Football Alliance -- an earlier league of which both the Divas and the Passion were members) championship -- a game that was held here in Pittsburgh, at North Allegheny’s field. That was back in 2006 when Allyson Hamlin, Tiffany Matthews and Trigger McNair won the championship for the Divas. Rather than playing, Passion players Lisa Horton, Sarah Young and Sherry Kring watched from the stands. Longtime Pittsburgh defensive stalwart Beth Amato manned the chains along the sidelines.

Even fewer Passion players were part of the summer of 2005, when the Passion and Divas joined forces to become an All-Star team of sorts and traveled to Los Angeles together to play a men’s team. It was, as one Passion player described it to me, ‘three hours of pure hell.’ But it was also fun, a game they lost by a close score and one that expedited the learning curve for all the players there -- both those from DC and those from Pittsburgh.

A few of the players from that summer still remain; the trust between those players is as strong as their desire to best one another. It colors in the edges and lulls of the games with a richness and complexity often lacking in as more one-dimensional battle. [For more on the Gender Bowl, go here for an except from ‘Rough & Tumble:  Pioneer Women in the World of Female Full-Contact Football.’]

This year, Pittsburgh is again the host city for the women’s championship game and to make things more exciting, the game itself will be held at Heinz Field. It’s a game that the Passion hope to play in and beating the Divas here in Pittsburgh is a big step toward that game.

Though the Divas’ playoff chances were further hurt by their loss two weeks ago to the defending champion Boston Militia, they roll into Pittsburgh with a chance to sully the Passion’s perfect record. Whatever way it turns out, I will not be surprised to see another one point game, a game whose outcome is in doubt until the clock hits 0:00. 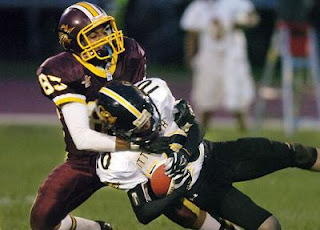 Kickoff is at 7:00 at Cupples Stadium, 9th and Carson Streets on the South Side.
Posted by JODY DIPERNA at 11:00 AM